OK, so it’s reasonably acceptable to be a Trekkie, isn’t it? I mean, it’s more than being a fan of a television show, and has escalated to an obsession within the hearts of, well, quite a few fans. We know this.

While the cat’s away – i.e. while the Resident IT Consultant treks round a few Swiss mountains – I have been mainlining NCIS. It’s not that he doesn’t watch or like it. But he doesn’t obsess, or feel the need to watch an episode again. And again. (Train videos are something else, obviously.) He has the same restraint I have regarding NCIS: Los Angeles. I like it and don’t object to the odd repeat, but there is no craving. And I wouldn’t dream of watching a Good Wife episode again. I think…

So what am I? Is there a good word for an NCIS obsession? Trekkie is such a marvellous term. 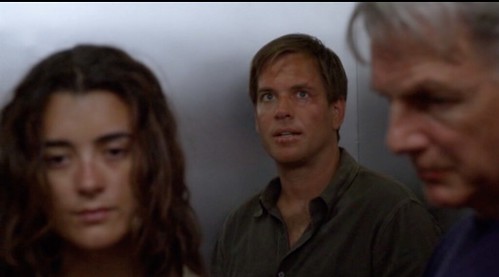 I feel it calms me down, watching an old episode. Or six, or twelve. And I suspect you can’t have this kind of relationship with lots of shows. More than one, maybe. But it’s like favourite food; you don’t even need to stop and consider what you’re about to eat/watch. You just do.

But while most people will know Star Trek, even if they never watch, I have a sneaking suspicion that despite NCIS being the number one in America, it’s still not a household show title. 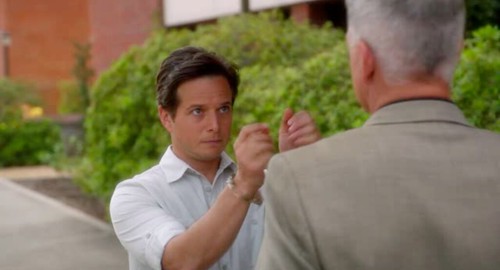 And by adding another sentence here I was able to add another picture… Obsessed? Moi? 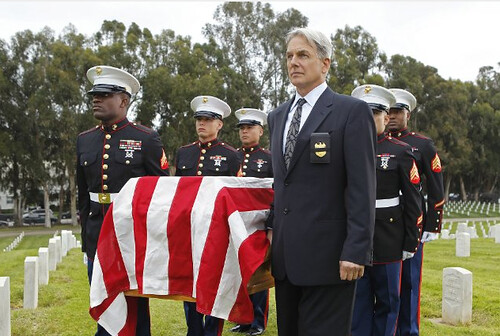 We needed something to watch with our pizza. The thing about the diminished numbers of the Witch family means we eat in front of the television rather more than we used to.

I’d carried the Big Bang Theory upstairs, so didn’t feel like trekking after it, which left me wondering whether I could put up with an episode of Star Trek, which I did have on the right floor. But I have to admit to having felt less enthusiasm over Star Trek than expected. Our progress can hardly be called that. We’re on about the third or maybe fourth episode. It’s going to be a long journey.

So I trekked up and grabbed Big Bang Theory after all. Which was a good solution in one way. We felt more like it. But we had inadvertently arrived at the episode where the boys are in the middle of nowhere, dressed up as, well, as trekkies…

Whereas we did like the most recent film once we got ourselves over to a cinema (which is now quite a long time ago) before the film was replaced by something a bit newer. I like Benedict Cumberbatch, whatever side he was on. Most of them, it seemed like.

And there was the Spock romance, in both Star Trek Into Darkness, as well as the episode of old Star Trek we watched when we got home. Round and round in circles we go. Hoped we’d at least manage to lose Captain Kirk, but oh no…

In August 1970 I visited England for two weeks, and fell in love with Star Trek. I have been a fan ever since.

There’s just one thing. I kept this fandom going on the strength of two episodes. (Don’t ask me which ones.) Two week visit = two episodes. This was the olden days. No videos, box sets or iPlayer.

Living in a television hinterland, I still returned home full of hope that Star Trek would soon make it to Swedish screens. It never did. Well, I suppose it did eventually, but not during my long period of hope. I did an awful lot of dreaming.

And that was it.

My first years in England were also pretty strange. We didn’t have a television. I think it was money, because one of the first things I did when the Resident IT Consultant did a long spell of non-resident IT consulting, keeping him away from home, but being paid extra for it, was to go out and buy a set.

Perhaps Star Trek was available back then. I don’t know. My immediate urgency had gone away, and the years passed. Then there were all these new ‘fakes’ and I didn’t have an interest in something not featuring my Mr Spock.

And then last year, I suddenly thought that with just about everything being available in some form or other, maybe now was the time to catch up. I got hold of the original series, but still held back. Wasn’t sure what the Resident IT Consultant would say to dinner with Spock.

But one day he started going on about wanting more science fiction in his life, and I picked up the courage to ask if that meant we could watch Star Trek. It did.