This was the film we tried to go and see all week. We should be grateful it made it to the local cinema, because who would want to be deprived of a good long cry? As it was, Kleenex were required, and there was a bucket too. 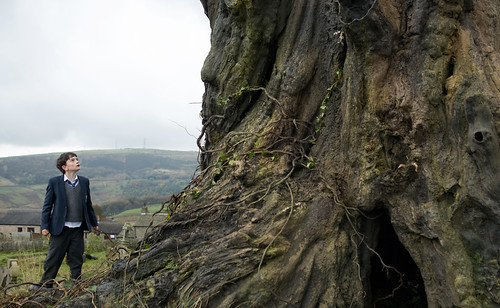 I can no longer recall the exact details of the book by Patrick Ness, and by that I mean the minor characters and any minor plots. I think there were some. They are not in the film, which is good, as you don’t want to detract from the main story about Conor, his dying mum and his angry grandma. And the school bullies, because to be beaten up every day as your mother is dying is obviously [not] what a 13-year-old boy needs. 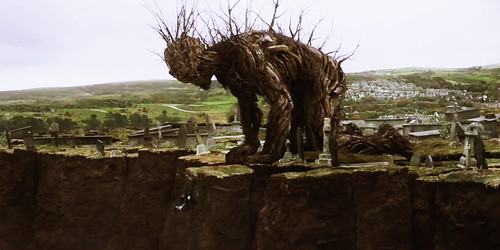 The film let us concentrate on Conor’s nightmares and the subsequent meetings with a tree monster who comes to the house (voiced by Liam Neeson) to tell him stories.

Then there is grandma, played by Sigourney Weaver, doing a good British accent, while going around being at least as angry as her grandson. And who can blame her; she is losing her child, and gaining a grandchild who hates her. 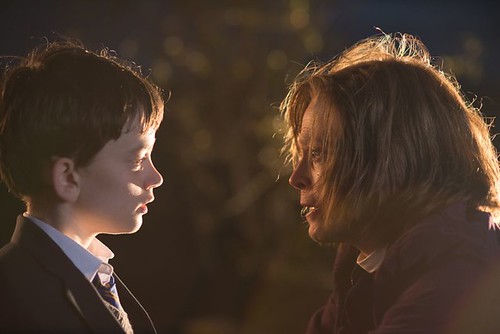 At first the film went so slowly I was afraid it would ruin things but, almost imperceptibly, it sped up and before we knew it we were hooked, by Conor’s dismal daily life, and his mum’s sufferings, and you could literally see her getting worse.

Beautifully filmed in the Northwest, it looked like home to us (not quite as I’d imagined it from the book or from Jim Kay’s illustrations).

And it was only on the way out I remembered I had tissues in my bag, after casting around in my mind what we could possibly use to mop those tears with.