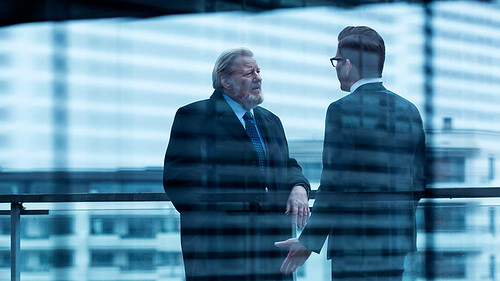 Not all baddies got their just desserts, which I suppose is realistic. The bigger the baddie you are, the likelier it is that you will get away with it. And I’m not sure if it’s a compliment or not, that Swedes make for such good baddies on Danish television shows. Also, at what point does the English speaking viewer find out? Here Daughter took her time to realise our mysterious and violent man spoke Swedish (in that unrealistic way on-screen Danes and Swedes from all walks of life understand and communicate properly with each other).

The Resident IT Consultant found himself a nice quote – ‘Småland får vänta’ – which no doubt will pop up every now and then.

Well, I enjoyed it, despite there not being very many likeable characters in Follow the Money. That too, is realistic. Crooks may be handsome, but they are not nice. Greedy people have to learn there are consequences. The police are only human, so can be as ordinary as they need to be. I’m probably not alone in liking Alf, but found Mads a bit too thick for comfort. 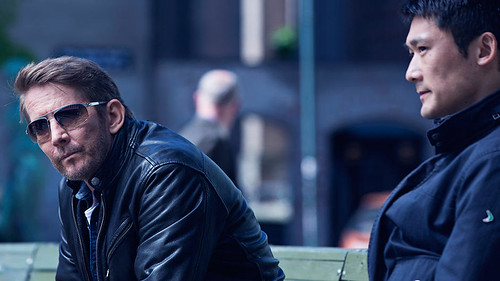 If the top lawyer in episode 1 hadn’t been such a misogynist, he’d have fared better, and the fraud department might have got somewhere a lot sooner. Let that be a lesson.

One thing I wondered about afterwards, was what happened to the mini-plots at the beginning. Not much resolution there. And the characters who were temporarily quite important, simply did a vanishing act and we heard no more.

Some tying up of lose ends would have been welcome, unless that’s what we get in Bedrag 2.

I really didn’t want there to be a sequel. It can be good to allow something to be the end, without raking up more action later on, for some of the characters. I felt it pretty much let some of them walk off into the ‘sunset’ and that is often for the best. But the Resident IT Consultant went and found proof there is more coming. It will be this autumn, in Denmark at least. 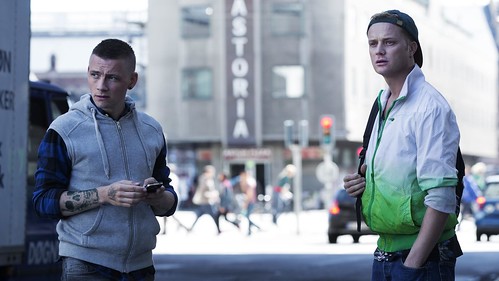 But basically, financial crime is probably bigger and ‘more successful’ than ordinary violence and death, although there was some of that here too. And the police have no teeth. They don’t appear to be allowed to, which in itself says a lot.

Dogs are a man’s best friend.

How right I was

Forty minutes before the start of the last two episodes of The Killing, Son arrived back home. What did I do? Gave him dinner and then abandoned him while we watched.  I mean, you can’t just not watch something like that, can you? You’d not know what the rest of the country knew. You’d be an outsider.

Is it too cheap to say I told you so? I couldn’t actually work out how or why the character I pointed my finger at after the first Saturday of The Killing III could be ‘the one,’ but I was right. What we didn’t know at the time was that the last season of Forbrydelsen would be about two crimes. Not just the one at the beginning.

But then we suspected the murderer in season one as well, only felt they seemed too obvious. But with enough (red) herring(s) in-between, anyone can be guilty of almost anything. It was a very small cast, when all’s said and done. If the police didn’t do it and the politicians didn’t, there wasn’t a lot of choice left.

The Prime Minister and the company director both showed a surprising amount of backbone; until they didn’t, at the very end. Although I suppose it was to their credit they went as far as they did.

The Killing couldn’t end happily. It would have meant letting the fans down. I’m guessing those who have been disappointed were all set for happily ever after, and upset it didn’t happen. I’m quite satisfied, in a funny way.

For helvede, that was no shipmate. Ship’s mate, unless he was the first mate, which he could have been on the grounds of being the only one. But that might make him mate only. It’s just a space and an apostrophe, but we need to raise the poor man from shipmate status.

Sorry for being picky, but it grated.

The country has been on tenterhooks for The Killing, the final outing for Sarah Lund. The Guardian gave lessons in Danish. Sort of. Facebook friends foamed at the mouth. Daughter fumed more than foamed, because BBC4 fell short of her northern outpost, and there will have to be complaints.

The long wait was just about worth it. Nice to settle in to a surly and confused detective again, and because Sarah has a tendency to lose her partners, there is a certain freshness in having a new one each season. Two new men, actually. The younger one, Asbjørn, looked a lot like poor Meyer, I thought. Borch, on the other hand, seems quite bossy.

We got so much politics that every once in a while I thought I was watching Borgen, while having trouble deciding which party is which. If I was Prime Minister, which I’m not, I’d be more wary of her in the Centre party.*

Everyone ought to have a bike parked in their posh hallways. And you would have thought they thought they were in Switzerland, displaying such expectations of trains and buses running on time.

Here’s to next week! (Please let it be a shorter week, this time.)

*My money is on the chap on the far right of the photo. Far too many fingers in too many pies.