When the toupée licked Sheldon…

Well, what kind of crazy line is that? How is Sheldon going downhill so fast? Although, I have to say I like it, and an almost normal and trying very hard Sheldon is actually a lot weirder than the earlier weird Sheldon. If you get my drift.

I don’t know if Daughter came across Sheldon and the others, since it was Pasadena she was in this week, and not LA like I said the other day. In fact, if they are not above attending [local] conferences, then I suspect at least Raj would have been where she was. (And did you know NASA forbids complimentary coffees?)

It’s good to be back, as Daughter said about Pasadena. She’d forgotten how much she likes it. And I like my new season of The Big Bang Theory. It’s touching how hard Sheldon tries. Who’d have thought he’d pop the question? Or put his bare foot down in warm apple juice. Or worse. 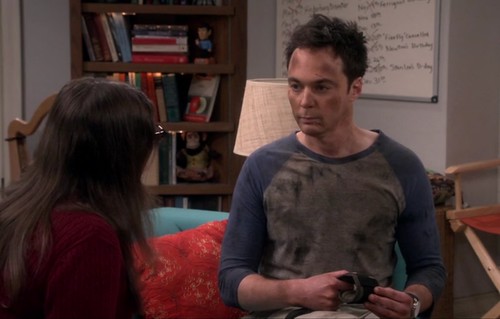 I know people complain about how unappealing BBT is. Well, they don’t have to watch. I know people say the characters are growing too old. They are, but people do. Even mad scientists grow older, and not necessarily wiser.

And now we have a whole season to plan that wedding, on a clifftop in the setting sun. Maybe. Another baby. Any television show that will go to visit Richard Feynman’s grave in the middle of the night, is good enough for me. And Penny didn’t even know he’d died.