We saved this ‘Christmas episode’ of NCIS until the one who hadn’t yet caught up had departed, and while we could still muster up some Christmas cheer. Except, well, yes there were Christmas decorations. But it was not cheerful.

And either I’m getting old and slow, or the scriptwriters are upping their game considerably. I didn’t see much – any – of this coming. Despite me noticing the staircase as being a copy of Gibbs’s and wondering if it was going to be used in the same way again, seeing as Ziva was back. Again.

And there was a decent red herring, as well as a really strong clue, had I actually been awake for the first half of the season. I suppose most of us fell for that double bluff.

It’ll be interesting to see where they can go with the fallout from this. They could ignore it, and continue as if nothing had happened, as on other occasions in the past. Or not.

Returning to their roots?

Is NCIS attempting to return to the good old days? After my murderous outburst against Ziva’s sudden and illogical appearance, things are improving.

OK, third episode was a bit too much of navel gazing, or do I mean naval? But the last two weeks NCIS has begun to look rather more like it used to. The ending of episode five was almost textbook first two seasons.

I’ve quite enjoyed myself, and there’s been much less of the raging about how no one has looked at what they used to do. Someone might actually have done that. Still not keen on the new McGee, but even he has got less annoying.

Gibbs is back to being Gibbs, and Mark Harmon seems to have been sent packing. For the moment, anyway. Torres and Palmer and Kasie do well, and Bishop is OK.

I’m jinxing this, aren’t I? Let’s see what the next weeks bring. How about a ship or two? To remind us it’s the Navy.

Unless Gibbs – and then all the rest of the team – were having a Pam Ewing moment this week, NCIS needs some credibility here.

I was going to watch Bull, but came to the conclusion that he could be my reward and I’d better get NCIS over with. So I did.

Well, Gibbs was a lot Gibbsier than of late, which I suppose is a good thing. The newer members of the team who had never met Ziva were reasonably good as well. As was poor Palmer, down on the floor. But McGee has not improved over the summer.

Cote de Pablo has clearly forgotten how to act Ziva in the six years she’s been gone. She at least has experience of her character, whereas neither scriptwriters nor directors have to have been around all that time, so legitimately know very little about former Agent David.

The plot – ‘to be continued’ – has quite a few holes in it. But if Ziva is not killed, any writing out of her character will need to be convincing. After all, how is DiNozzo, and Sr, going to change their lives around again? DiNozzo is busy as Bull, and the whole gang really can’t just come back to the Navy Yard as though nothing has happened.

Seeing old friends again is generally nice. So, OK, I will admit to some pleasure in meeting up with old characters in the 16th season finale of NCIS.

And isn’t it nice how it doesn’t matter if they have been killed off or not? They can still come back, as long as Gibbs, and now Fornell, can talk to the dead. So practical, as the writers are able to kill, certain their characters can return at some point, should they be needed.

Gibbs had a haircut. I’d like to think someone finally noticed my comments on his Hollywood hair. Could it even be the actor acts better with a more Navy hairstyle? He almost looked like the old Gibbs.

I think Fornell should have more hair, so you can see I’m hard to please. And it’s great that Emily Fornell continues being the same actress. Less sure about Sloane’s daughter issues. They feel laboured.

There were several whiffs of the old NCIS in this last one, before the summer break. Not as good, but you could tell they were trying, even if that meant reviving characters who’d be better dead. Even if we love them, because the entanglement of people rising from the dead is not worth all the confusion.

As for the cliffhanger.., well. Is it? I’m thinking they just put it there and they believe they have four months to come up with a way to make it work, or it will be Bobby and Dallas all over.

Understandably Daughter and I don’t talk NCIS as much as we did. What with it having been something of a wash-out and that. She watches it sooner than I do, though. ‘I do the washing up and watch at the same time,’ she explained.

Now me, I can’t do that, however bad. It’s strictly one thing at a time. So for weeks on end this spring NCIS was kept in recorded format. Kept. Not watched. Until we suddenly did, as I felt some catching up might be warranted. The Resident IT Consultant didn’t mind as much as I’d thought he would, and when we’d caught up the other day, he expressed an interest in watching some more. I told him there was no more.

We watched Big Bang Theory instead.

But it gives me a little hope that the last two episodes won’t be washing-up material. The last couple were just about enjoyable, meaning that both the writing and the directing were OK-ish. Even the acting. And now everyone knows Gibbs’s dark secret.

Will that bother them? Or is there to be no cliffhanger this May? Can they fashion one out of nothing, or will they dig up some old stuff? I mean, one can actually go off for the summer break with not a single cliff in sight.

Because there is a season 17 coming… While Gibbs will be a mere 61, Mark Harmon is going to reach 68, and he ought to be retired. As an agent, if not an actor.

NCIS – Catching up with the past?

I suppose it’d be too much to ask that more recent scriptwriter recruits sit down and watch the 350 odd episodes of NCIS they haven’t been part of? Just so they know what they are supposed to work on? Ten a day and you’d be done in a month. Almost.

Daughter and I tore NCIS to shreds on the phone a couple of days ago, and this is something we don’t do lightly. We love it too much, or have loved it too much, to want to do it. But what are they doing? Her theory for the lack of old favourite recurring characters not – well – recurring so much now, is that they don’t want to.

The actors, that is. They can’t all be too busy; Borin, SecNav, and so on. Fornell was there this season, but his part is getting too ridiculous, and maybe he only joined in out of kindness.

If there are some serious issues to do with Mark Harmon and why Pauley Perrette left, then it would explain a lot. Give rumours – or truth – enough of an airing and no one will want to touch what was until recently such a successful and happy show. Or was it?

We’re assuming there will be no season 17.

There could be. Get rid of Gibbs, tell McGee to mature back to where he was before, and give him a shave, and find a new boss. Borin, maybe. She’d work well with Torres.

I think I know why the acting is bad. The longer serving actors can’t be bothered, and perhaps neither can the directors. And could it be they no longer take on really good writers, or that there aren’t so many like that to choose from?

If this is the end, there’s probably no point in killing people. Otherwise I’d say kill a few to spice things up and have them replaced. Currently my favourites are Torres, Bishop and Kasie. Palmer when he’s allowed to be Palmerish rather than a pale copy of Ducky.

The threat against Vance; has it been forgotten or are we building up nicely to something magnificently bad? Two threats now, but not even a reminder of what might be coming, if only as a hint.

Kill Gibbs. That way Mark Harmon can keep his civilian hair, and I’m sure the man can negotiate enough money without actually appearing. 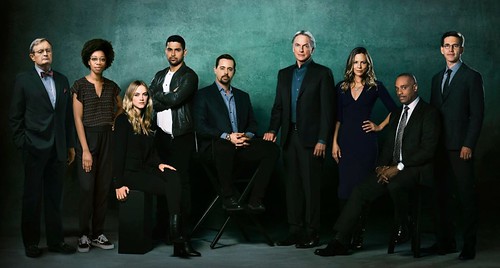 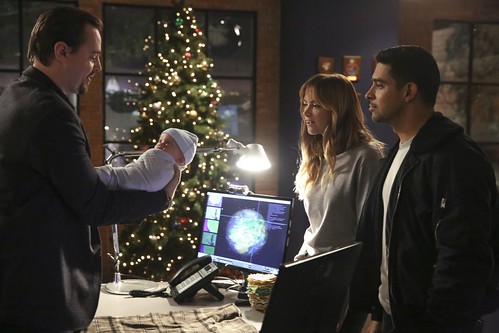 CultureWitch
Create a free website or blog at WordPress.com.