Just a brief post on the greatness of great authors. I know. It’s sort of obvious, but why haven’t they asked more authors (of proper books) to come and write for the Doctor? Malorie Blackman’s Rosa was simply perfect. 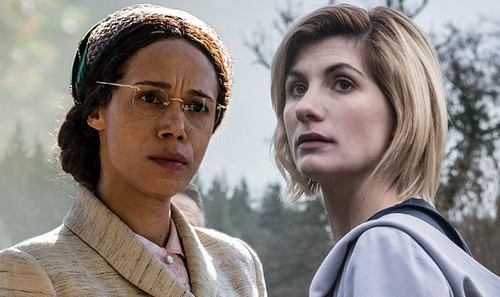 Rosa, about Rosa Parks, in Montgomery in 1955, fitted in not just Whovian stuff and time travel, but it provided a whole section on [black] history. For us older viewers, this might seem like old news. But how many younger ones have not actually learned this at school [yet]? Maybe never will, the way things are going.

How useful to have a bus driver on the Tardis team, and a police officer in training! Not to mention a black man of today, discovering how far away 1955 really is, despite things seeming bad now.

I had wondered. Who hadn’t? I didn’t doubt that a female Doctor would work; I just wasn’t sure they had it in them to make her work. But work she did, and magnificently so, even if she didn’t quite remember who she was to begin with. She knew what to do, and why. And what’s in a name? 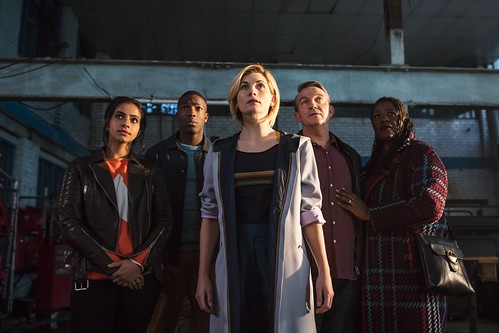 Having no experience of Jodie Whittaker was probably a good thing. I knew as little as those who met her, when she fell into that train on Sunday night. A train, which to the Resident IT Consultant’s delight, was as wrong as screen trains tend to be. Just as well, once the weird and wonderful creatures have finished falling, the train would be a wreck anyway.

The new Doctor felt perfect, the way some people do, without you having been aware that you might welcome an improvement. Was that Jodie’s doing? Or the screenwriters’? Both, perhaps. And her hair… it was great hair!

Her companions were also pretty perfect, for being dyspraxic, having [had] cancer or being a rookie police officer wanting some excitement. I have seen criticism of there being three of them. I don’t agree, and feel that to have had one, wouldn’t have worked so well. I’d have liked it if there had been four. Ryan’s grandmother was quite a woman. 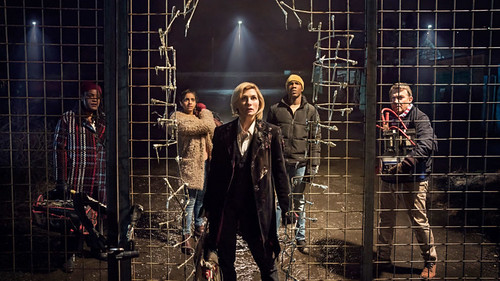 The adventure was also good, neither too tame nor too outlandish, and what a change it made to be in and around Sheffield, with actual accents being spoken. (I’m fine if next time we’re in some unknown corner of outer space.)

All we need now is the recipe for a sonic screwdriver. If it’s that easy to make, we could all have one.