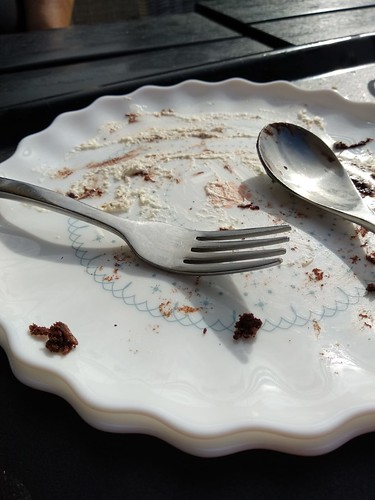 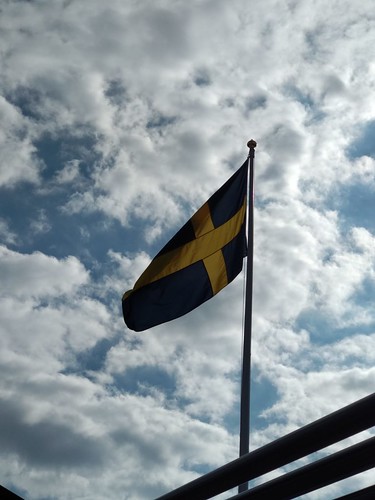 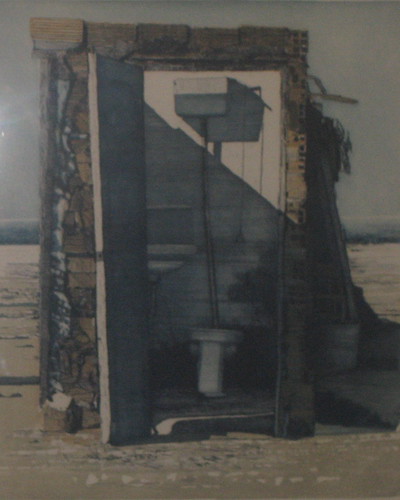 The decline and fall of a smultronställe

As Son said, ‘what café owner in their right mind decides to close for the day at 4pm on a Sunday afternoon, just as the customers are arriving in droves?’ We knew the answer to that, because it was the place where we were having tea and cake. Partly by cunning and partly by luck we had arrived at 3.30.

Smultronställe is the Swedish for that very special place, somewhere you love and keep returning to. The café mentioned above is not it. But it was.

Let me tell you about Göstas. As long as I can remember, this seaside café with a marvellous view of the beach and the rocks and the water, had been run by the man we called Gösta. Not his real name. He’s a bit of a charmer, rather in the style of a good British pub landlord, perhaps. But the kind of charmer who bakes all his own bread and cakes, serving it with a smile, and still has time to hand out vinegar for children who have been stung by a wasp, or to tell a mildly funny story.

Originally the place consisted of old garden furniture in the grounds of a former glassworks, with a small covered corner, in case of rain. But you can always eat ice cream or drink coffee in the rain, can’t you? We never sat indoors. Gradually Gösta improved on the buildings and bought new furniture and opened a sweetshop on the side, but he still had time for the jokes and his herb garden.

The homemade cake and the made to order sandwiches and the waffles with cream were joined by a couple of ‘proper’ lunch dishes. If the weather was fine, or it was summer, he was open for business. He employed staff to help in high season, but on a sunny weekend in spring or autumn he’d be there looking after things by himself, in case someone turned up.

And of course people turned up. Who wouldn’t want good food, friendly service and a great view? People travelling past would stop, and ‘gangs’ of bikers regularly called in. You’d go for a swim in the sea, and then warm up with coffee, or reward yourself with ice cream. Village troubadour Alf Hambe used it as his local ‘pub.’ You could recognise half the customers at any given time. When we’d arrive in late May, he’d greet us, saying the English had come, so summer must be on its way.

It was really hard not to call in every other day. It was lovely. If it was busy Offspring would help by putting trays away. Gösta ran music evenings in the summer. Sometimes with pretty big names. Sometimes he sang himself. You get the picture.

Then, something happened. We weren’t there, but I believe he got carried away and broke Swedish restaurant rules by selling wine from an outside table, or something, not using a proper cash till. Something like that. Nothing dreadful. Just not following strict rules.

And that was it, in this orderly country. It took about a season to break him. The next summer his family tried to run it as best they could. But they had other things to do, and they weren’t him. And they couldn’t bake.

The summer after that, someone else was renting the premises. It wasn’t the same. Each year it got a little posher and less café-like. Cake nowhere near as good, or generous, and costing a lot more. Staff who were polite, but distant.

I forget how many years it’s been now. Maybe six or seven. The name changed. Two years ago I went for a recce on my own, and worked out you could still have the waffles, and  if the sun was out, it could be ‘quite nice’ still. Last year there were no waffles on the menu, so I asked if that meant they had none. ‘Yes it does!’ the woman replied happily, hammering another nail or two into the coffin of this wonderful café.

Now the old name is back, and the website suggests this is the same lovely establishment it always was. It is now primarily a restaurant with coffee and cake, where before it was a café with a few hot meals. Expensive dinners and plasticky cake. Tea made with lukewarm water and coffee served from a flask.

From a design point of view it’s perfect in almost every way. (Not the ice cream bench covered in nettles, however.) Beautiful furniture, inside and out, pretty plates and candles in the toilets. Well turned out staff.

We went yesterday, thinking it could be nice to sit out with tea and look at the view. The view was still good, but there wasn’t a soul sitting outside (might be because they have blocked the convenient door going out?) until we stepped out. The customers (including a dozen bikers with long memories) who arrived with barely any time to spare before closing, joined us outside. Those who were too late had to turn round and leave. And it was only four on a sunny Sunday afternoon.

We did enjoy the view, but that was all. Maybe we’ll be back next year. For the view and for the memories. Not for the culinary experience. And we will have no difficulty not going every other day.

In retrospect I’m glad we went far too frequently while we still could. At least we have the memories. Gösta’s tosca cake was to die for. But it’s probably the man himself we miss the most.

Posted in Eating out, Music, Travel