Nature – i.e. the rain outside – cried with us as we watched the end of DiNozzo. As expected, a little bit bad and sad, and a little bit good. They can’t kill everyone off, but at least this way some characters won’t be coming back other than as ghosts. (I honestly didn’t think they’d do what they did.) 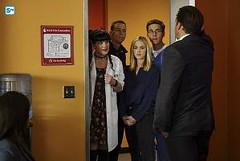 I’ll miss Trent Kort. Why did they have to make him all right for a while? Think of the time he called on Gibbs as his only friend and ally, in Dead Reckoning. That was fun.

Fornell isn’t dead. He’s merely got beautiful toenails. Let’s see if they let him back again or not. I’m wondering if this Tess is intended to become the new Fornell? Though I believe the character is meant to have to prove herself in order to remain.

I quite like MI6, Clayton Reeves, who is going to be our next DiNozzo. Similar and different at the same time. They could – probably – not go for another female agent (except the loan of Tess from FBI), so they went black, and foreign. 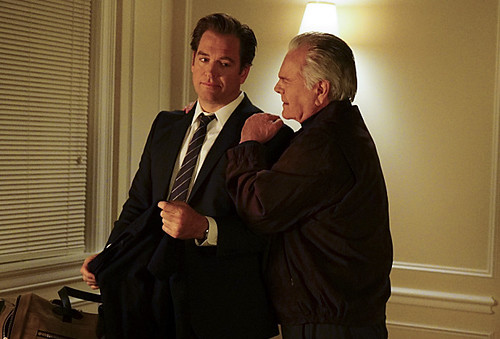 The shrink is slowly growing on me, but I hope Dr Taft will return some time too.

As I said, it ‘rained’ a little in the house as we watched. Halfway, when we found out that … and met .., even I felt I might blub a little. It’s tough saying goodbye. 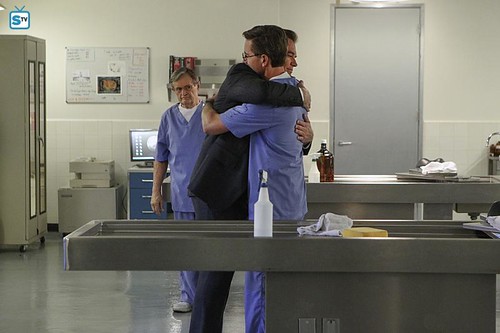 So no summer cliffhanger, and it’s only through news articles we know about Clayton. Here’s to a peaceful summer break, with a few sniffles over Tony, but otherwise just looking ahead to what season 14 will bring.

NCIS beginnings and ends – Pyramid and Nature of the Beast

There is no question but I found this pair the weak link of all the NCIS season starters and endings. Doesn’t mean they are no good, and several viewings later, Pyramid is growing on me, if not literally.

Watching Nature of the Beast recently was a better experience, too. I suspect because we had seen Stratton die (or had we?) and we had belatedly grown fonder of him than we ought to have. And seeing Kate’s sister yet again had ceased to be news, so was more OK.

But I never took to EJ’s team. She felt fake, and any problems they had were none of my business. There might have been no nepotism, but I don’t believe the satnav connection was pure chance.

Abby was too fond of Cade. It felt like too much telling and less showing. New satnav (yes, I do know that’s not his job description, exactly) is not marvellous. I like the actor but not the boss of the navy.

The star of Pyramid is Palmer. Out of character, but wonderful nevertheless.

And the question I am left with is if they really have that many double-crossing people in all those American alphabet agencies in real life? I know we don’t trust them, but it’s still got the feel of fictional tool.

I didn’t spend last summer waiting with bated breath to see what would happen. As always with friends, I wanted to see the team again. But the action was of little importance.

This summer I’ve been too busy to think much about what will happen. But Till Death Do Us Part at least ended with a bang…

NCIS beginnings and ends – Angel of Death, and Bury Your Dead

Hindsight makes me dislike more about season four than I noticed at the time. Probably because I didn’t actually like the Tony DiNardo disguise. I wasn’t dead keen on Jeanne, but hated the way she was being used, which once you know, is pretty upsetting if you watch again.

But, we are still talking good writing, and a strong end to one season and a very good start to the next one. Once you stop having qualms about Jeanne, that is.

We haven’t watched Angel of Death very often. I used to think it was a mixed up episode, and my co-watcher isn’t too keen on the druggie’s sister in the morgue. Well acted, but disgusting. Her boyfriend is deliciously clever and crooked and very Irish.

But the rest is pretty decent. The thread about the little girls on the loose in the hospital, who might be Shirley Temple, or not, is fun. Not so sure about leaving Gibbs in charge when the Director goes away. Why would he be? Nice cliff-hanger ending.

For a first episode, Bury Your Dead is one of the best. That car bomb is most effective. The way Abby and McGee have mirrored each other overnight, helping the Director and Gibbs respectively, works well.

I love McGee’s comment to Ziva about how his parents raised a gentleman while Ziva’s parents raised a killer. La Grenouille gets his come-uppance, but by now we almost like the man. Kort is as bad as we want him to be.

Funny that not one of them thought to comment on that.

Were you feeling shortchanged when I mentioned the last three episodes of NCIS season eight and then only blogged about two? Well, you were, but it was intentional as I felt it needed two posts.

In a way I felt slightly shortchanged, too, after Pyramid. I know we have to have cliffhangers for the summer, but this was more like ‘was this all?’, except perhaps for the very end. For something where we were promised a big body count, I expected more bodies. For a while there I was sacrificing our darling Palmer, since all the signs suggested someone had to go.

The elevator scene didn’t make that idea any less likely. But where, oh where, did they train Palmer to drop at the wink of an eyelid? Especially a de-bespectacled Palmer. How did he even see the wink? And how brave he was!

So, we have a new satnav. Very nice, we thought. At least until he got a bit tougher with Vance. We loved Matt Craven as the lunar module builder in From the Earth to the Moon, but as Secretary Jarvis he looks older and greyer and tougher.

Should we assume poor DiNozzo will have to go after more of Ziva’s boyfriends, with potentially disastrous results? Again. Or upset his own lady friend? Again. P*ss off his own team? Again. Plenty of scope there.

With dear E J gone – sort of – will there be anything on that thing she cut out of Levin’s arm, or was that just a teaser as well? Glad to see the end of her uncle Davenport. The first time we met the Sec Nav he was as one expects powerful people to be. Since then he’s just gone softly and weirdly downhill.

Two sets of engagements rings in the last three episodes. The empty one for Ziva (how romantic was that??) and the ‘too small’ one for DiNozzo’s old Baltimore love. I reckon she said no. And Ziva should, too.

They do nice funerals at NCIS. It’s sad when people die, but they do dress up well in black. For a brief moment it looked to me as if Franks had got himself a third daughter-in-law, but on closer inspection she was the same as the last time. I suppose Gibbs will have to take over now…

The last LA wasn’t as low key as NCIS, but then Los Angeles isn’t. Where Gibbs went out using his wit, NCIS: Los Angeles ended its first season with some explosives and overturned cars. Luckily Callen could just ease out unscathed from his upside down vehicle. It’s television, after all.

He’s still searching for his elusive past, and he nearly found his sister. He may have claimed not to have one, but I think he’d still have been pleased to have found her. Though I’m a firm believer in replacing key people with a substitute, if necessary, so why not adopt the one he found?

They all disobeyed Mum Hetty, and I don’t think she minded in the end. Nate still hankers after a gun, and it might be wise if he analysed himself, for a change.

Nice (well, we think so) to see Trent Kort again. It’s good for the soul to have nice British villains. Is he a villain, seeing as he’s CIA? More confusing to find Mossad’s Washington chief cast in the role of the bad baddie. I know I had this theory before, that all actors appear twice. Good or bad in NCIS, they are the opposite in LA.