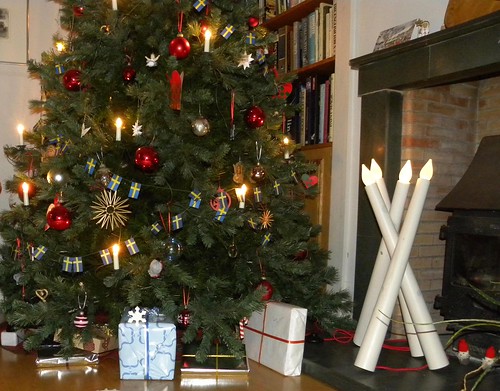 Or Bad Day To Go Fishing, which it certainly was. Not that it was fishing as such. Bad day it definitely was, and remind me not to need an ambulance or emergency medical care in Uruguay. I think Mal día para pescar was set in the past, 1980s or some time, which may explain some of the antiquated health services available.

The Cornerhouse Spanish language film festival’s screening of this Uruguayan film was very popular, with a nearly full auditorium and latecomers continuing to arrive after the film started. That could be an argument for showing ads and trailers, otherwise it’s always a relief not to have them. There could even be an argument for one more screening of an excellent film like this.

You get conmen everywhere and at all times. This was no different. Gary Piquer as Prince Orsini (yes, really) tours the country in the company of his East German wrestler Jacob, a former world champion, but now rather the worse for wear. In each town Jacob challenges the locals to have a go at wrestling him, in the hopes of winning $1000. They never do. This is presumably because Prince Orsini does not play fair and makes sure he doesn’t have to part with money he doesn’t actually have.

Except, in this latest town where a woman is hellbent on her boyfriend winning them the money for their wedding. Orsini tries everything he can think of to prevent it. He uses the local newspaper editor to do some of his trickery for him, he thinks, but the rather amused looking editor seems capable of looking after himself.

Things go wrong, as they have to with this set up. But perhaps not in the way you imagine. There are winners and there are losers in this sad and ugly game.

Some of the dialogue is in English, as Orsini’s wrestler doesn’t speak Spanish. Gary Piquer speaks very good English, which may be explained by him being born in Scotland, according to IMDb. And Jacob is no ex-German. I was thinking Swede, but he’s Finnish. Nice boy, anyway, when he’s not going berserk.

as I’d guessed. And more angst for Gibbs, which some of his ardent fans reckon he could do without. Who better, I say.

It was funny how when they needed an Abby and Gibbs in the lab scene, and Gibbs being busy elsewhere, they simply put director Vance there instead. It worked almost better, because of its fresh appeal. And we had a need for a toilet twice, which is also refreshing, because so often fictional people never seem to need to go. Have always worried about the effects of so much coffee drinking.

I like the new angry DiNozzo. He is much better than the childish fool, who has annoyed me for years.