To all my thousands of visitors who call in every weekend after watching NCIS: Los Angeles, I give you my Bloody Brilliant Plan.

As I’ve mentioned before, I gave up on Callen & co last winter. I am now 17 episodes behind. I decided on a new plan, which was to watch the latest episode, cold, with no inkling of what’s been going on recently. I felt it’d be interesting to see what a former fan would discover when revisiting old friends. Sorry that it’s last week’s, not the most recent episode.

It was amazingly British, or so they obviously thought. Let’s start on Hampstead Heath, where the balaclava-covered ‘villains’ broke into a house in London W8. But who cares? Didn’t look much like Hampstead.

But there is so much you can do with cockney accents and rhyming slang. They even had translations on the screen! If you can Adam and Eve it. (When will film makers make gold bars as heavy as they would be if they were real?)

Then back to LA, where the British villains don’t get put in the proper interrogation room, so we know they are all right really. Despite being British. Very pally. (Did some agent – the showbiz type, not the federal kind – ask if they could write something for one or two of their actors, so they could be in NCIS: Los Angeles?)

Before we even see the normal gang, we come face-to-face with Granger, who’s dead, just so we know about his daughter. This is a show that’s great with daughters. One of the cockney guys also had a daughter, which is what made him so OK.

The team are mostly as they were in January. Feisty, friendly, and dimmer than ten years ago. And I got the reference to clowns faster than Kensi did. But something appears to have happened to Eric and Nell. Instead we had Fatima, who was pretty good. She could do the work of both of them. I notice she’s in the cast list as agent…

There was absolutely nothing wrong with this episode, apart from the W8 thing. And that rhyming slang is less natural than they think, and gets tiresome. I’d say LA is still worth watching, for a bit of light entertainment. It’s just lost its sense of reality.

His Dark Materials – the BBC version 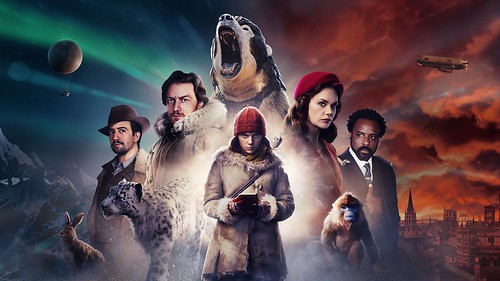 Having missed the first episode live last week I took to social media on Monday morning. I was upset to see that some people didn’t care for it. At all. But having time on my hands I read every status and every comment and came to the conclusion that more people liked it than not, and they’re people whose opinions I trust.

The Resident IT Consultant had liked it, and Son tweeted his approval. But then came the delayed viewing of Lyra’s Jordan, and separately from each other Daughter and I both found it wanting. She, charitably, said she’d give it one more chance. I have just done that, the second viewing, and, well, goody, they have already moved on to The Subtle Knife with some content.

Seeing as the first episode began with a scene from The Secret Commonwealth, I have to say we are getting a wide and varied diet here. We have a square alethiometer. And already Lyra has been told who her father is. Could have kept the suspense a bit longer, I feel.

Apart from Lyra, who’s very well played by Dafne Keen, they seem to have got most of the casting wrong. And there’s a definite lack of daemons everywhere. For instance, we’d never have been shown Billy Costa’s daemon last week if it didn’t have an important role to play later. Poor Ratter…

Will I make time for episodes three and four? I am not sure. Can’t watch them live, but possibly curiosity will bring me to the television to catch up before the second half of His Dark Materials, by which I suppose we really mean The  Northern Lights, not the whole HDM, is on.

But oh, the disappointment.