Geneva is very beautiful. So why have I had problems falling in love with it?

After four years of travelling to Geneva – to visit Daughter after she moved there – I haven’t really taken to it. Yes, once you get to know it a bit, and you know to turn left when exiting airport arrivals, and you can find your way around, and you know to say bonjour all the time, except when you should say bon soir, it feels, well, familiar, on a limited basis.

And it looks so good. The lake. The mountains. The jet. Lots of things look good. The view from Daughter’s balcony of the steamer on the lake.

I kept thinking the love would come at some point, and then I realised Daughter was about to leave and I still didn’t love it. Nothing had popped up that was love. Like a little, yes. Because it’s beautiful.

The penny finally dropped, just before what I think might have been my last visit a few weeks ago. Geneva is like Karl in Love Actually. That impossibly handsome man, who nevertheless left me totally cold. Because good looks do not equal love. I’d prefer Gavin, the PM’s bodyguard, who sings Christmas carols so beautifully.

It’s funny, though, because you can fall for a place, even in the first minutes there. Take Llandudno. Or you love the place because you belong there, or you’ve spent much time there and learned to love it.

And it doesn’t help how many times the Swiss say they don’t speak English – is it possible to go through school in a western country and not study the language for at least a few years? My non-existent French does not suddenly spring into full-on French when they say no. The wise among them then decide that their English might be poor, but not as bad as the French I don’t speak. I was informed at school that they all speak German, too. Seems not.

But it is beautiful there. And I’m glad I’ve been. It’s just not love. 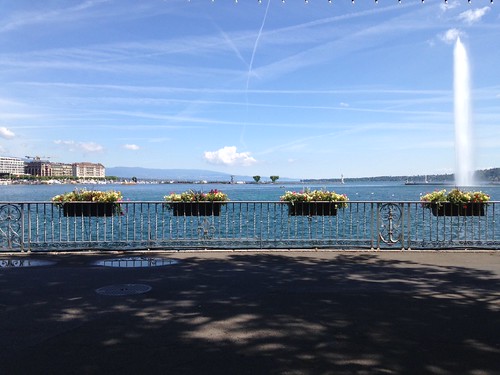 I struggled to think of something to watch on television the other night. I was alone, and could do what I wanted, but suddenly I could think of nothing. Dug out an episode of NCIS from last year, to see whether it was as bad as I remembered.

Then, as it ended, and the television turned onto BBC Four again, I discovered a sad old man playing the piano and singing. He looked a little like Elvis.

It looked like the programme was just starting, so I remained where I was, deciding I could watch this. It was really sad. Enlightening, too, but mostly sad.

I’m an age where Elvis always existed, and while I liked his singing, I had despised the way he kept embarrassing himself towards the end. That’s the folly of youth, for you.

Now I know what happened to him, and how this handsome man went downhill so fast in the end. I vaguely knew that the ‘colonel’ was not good for him, but had not really grasped quite how not good he was. Seems like Elvis was a slave, and like all slaves he clearly had a breaking point.

Having ignored most of the ghastly films, I was unaware of the effect these had had on Elvis. I mostly remember the music after, for a few years, before the poor man was made to perform like a monkey, day in and day out.

It’d be wrong to say it was an enjoyable programme, but it was good. Now I know better. And I was happy to ‘meet’ Roy Hamilton, Elvis’s singing hero. Perhaps I ought to find more accidental programmes.