It’s been good to be back with the people of Bedrag/Follow the Money. If by good you mean that it’s good stuff to watch, not that it feels good. It feels dreadful. There is very little – is there anything? – that stands for promise.

Well, hair is good. I’m glad to see Nicky grew some during his time in Spain. He might be an ‘unpleasant little shit’ but hair helps, for those who have it. He’s lonely, but he has family, and sort of friends.

Alf, on the other hand, is lonely in such an awful way that you feel Wallander was all happiness and sunshine. I thought it was bad seeing him sleepless and alone at ‘home’ but seeing him try to build an IKEA wardrobe? With the drawer refusing to work… 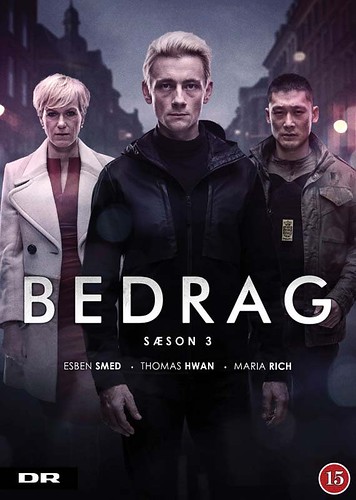 I understand that for UK viewers it looks interestingly bleak and Danish, and presumably suitably different from their own lives. But I see only some place where I might have lived, not even managing to swear at a misbehaving drawer.

Don’t quite remember how things were left at the end of the second season. Were Nicky and Alf the only people left standing? Did the others quietly sign themselves out?

Anna at the bank, who understandably wants some action after 25 uneventful years at her desk, is awful, but at the same time you find yourself rooting for her. Wanting her money laundering to go well.

Perhaps that’s the charm? We watch Bedrag and turn into thieves, the lot of us, with some gratuitous bad language and violence on top. It’s anything but relaxing.