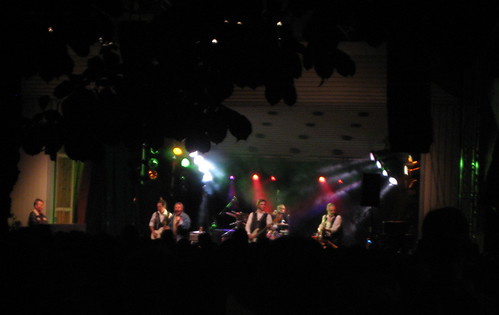 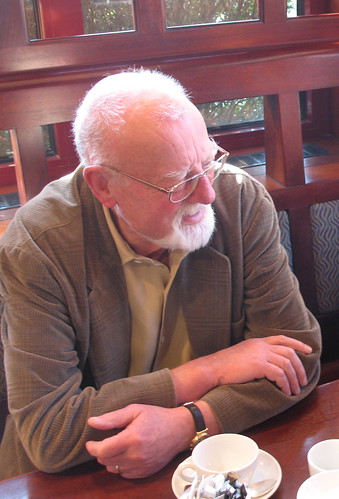 I hope there will be some cake for Roger Whittaker to enjoy with his tea today. No need to put all 82 candles on, or there might not be room for the actual cake.

We don’t hear anything from Roger these days, and that’s really the way it should be. If you’ve retired, then you have the right to stay quiet and to rest and to enjoy life.

She’s still got a long way to go with this, her ‘final’ big tour. I believe Scandinavia and now parts of Britain are just the beginning for Joan Baez. We caught her in Glasgow on Friday night, and it took me a few songs to work out why I felt different.

I simply don’t know when I was last surrounded by so many people of mostly the right political persuasion. And they sing so well! There’s a special feeling when an audience joins in and many voices sing together. Anyone not fluent in Spanish, was still able to lalala along with Gracias a la vida.

Although Joan has a new album out – Whistle down the wind – she knew to dish the new songs out sparingly to keep the fans happy. Some of the songs, like House of the rising sun, are only new to her, which makes life easier. There’s no mistaking that songs like Farewell Angelina and Joe Hill go down best. We like what we like.

It was good to hear that all the names of the formerly unknown victims of the plane crash in Deportee have now been discovered, and that Joan has sung to their surviving families. It’s been far too long.

Joan paid tribute to the teenagers in Florida, saying it’s the first positive anti-gun movement she has known in her life. Joan also sang a beautiful song about how President Obama sang Amazing Grace to the members of the church in Charleston, after another mass shooting. Sometimes songs like that are worthier than they are beautiful, but this one was just right.

When Joan was sixteen, her family feared she was going nowhere, only playing the banjo, so an aunt took her to hear Pete Seeger, and that seems to have done the trick. She mentioned Dylan, and she sang Me and Bobby McGee, which really brought back memories. Sometimes it’s hard to grasp that Joan was a fully functioning and famous adult when I was still a child. (I’ve caught up pretty good now.)

As usual there was no interval, and Joan was on stage for the duration, accompanied by Dirk Powell on ‘all’ instruments and her son Gabe on drums, with her assistant Grace running in with a freshly tuned guitar after each song. Joan had a tray with her drinks on, which were put to good use when a fan insisted on giving her a flower. I’d like to think it was a tulip. I hope she remembered not to accidentally drink the tulip.

The local ‘polite’ song was a [to me] unknown Scottish ballad; the only one Joan required sheet music for. Understandable if there is a new one for every part of the world.

Gracias a la vida was the last official song, but Joan said not to worry. We promptly got Dixie and Imagine as extras, followed by that famous road song, Swing Low Sweet Chariot, with plenty of hints that it was time to go home. When that didn’t work, she resorted to Homeward Bound.

So we went home. But for anyone wanting to catch Joan, there is plenty of her Fare Thee Well tour left, all the way through to 2019.

I blame the trailer. Lady Bird wasn’t what I expected it to be. And now that I’ve seen the film, I can no longer ‘see’ what it was I thought it’d be. So don’t ask me. I was experiencing a slightly empty feeling on the way home from the cinema last night. But the film has stayed with me, and I believe I have worked out what it was, other than ‘not the trailer.’

Lady Bird – her own name for herself, which seems better than the one her parents came up with 17 years earlier – is trying to work out what she wants to do with her life after she leaves school. Many of us have been there.

Sacramento is dead boring and her mother hates her. None of that is true, of course, but it feels that way. As the rather fabulous old nun at Lady Bird’s Catholic school says, she seems to love Sacramento. But she wants to go to college on the East Coast, she dreams of living in a posh house and she wants a boyfriend. Or she thinks she does.

Her mother doesn’t hate her. She is ‘merely’ exhausted, working double shifts, worrying about her husband being unemployed, worrying about her beloved daughter disappearing off to some unknown and probably dangerous place. They have so little money Lady Bird has to resort to stealing the magazine she wants, and it might seem odd that they then go shopping for a dress for Thanksgiving, and later on a prom dress. What they do, is try everything on and when Lady Bird has decided, her mother sits up all night sewing a copy of the winning dress. That’s not hate.

It’s easy to lose track of who is your true friend. Lady Bird tries a few new ‘friends’ and ‘boyfriends’ until she realises who she needs.

This is actually quite a lovely film, once you know what you’ve come for. I only wish someone hadn’t picked bits for the trailer that really should have belonged to some other film.