When in LA, Daughter obviously watches NCIS: Los Angeles. Good thing her drinks party ended in time to switch on the television. I’m not jealous. Any more scenes shot at such high altitude as Sam’s temporary highrise home and I will have to sit down. Sit down some more, I mean. And hold on. 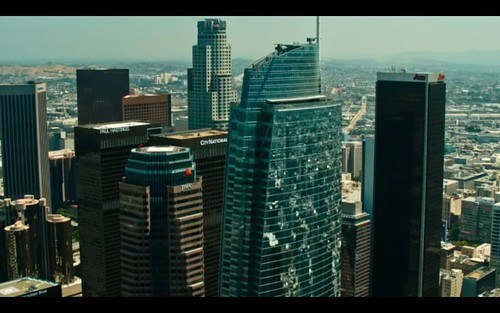 But it’s interesting. Last week we began season nine with episode one. This week we appear to have carried on with episode three. Even as I watched, it felt like we had missed a little something. Maybe we have, or maybe it’s naturally disjointed.

I liked Assistant Director Mosley last week. She and her sidekick brought suitably fresh blood, although there might be less of that if there is to be minimal shooting. That’s a good thing, although I don’t wish to speculate on how realistic.

So, I had expected to see how they did this week, and they weren’t there. Not even getting a mention. Fishy?

Sam’s back and strangely childfree, and so far I have identified two possible romantic interests for him. Callen has Anna for a while longer and he also has an X-box he didn’t know he owned.

And Hetty is a bit gone, but not completely, so the question is if she’s merely being mysterious, or if this is a gradual way out for Linda Hunt. She’s even older than Mark Harmon to be doing this kind of work. If she is leaving, then the new Assistant Director might work out just fine. Unless she’s a red herring like the one many seasons ago. The one who died?

But let’s wait and see.

So far so good.