So. I’ve not written much here about either of the NCISs. The last bit of attention they got was when they both had a seriously good episode back in the winter. Since then I’ve restrained myself from moaning about the state of things.

And when both NCIS and LA managed to offer up pretty strong 23rd episodes I didn’t know what to expect of the season finales. What we got was weak; clichéd as far as LA was concerned, and slightly lowkey for NCIS, apart from the last five minutes. Perhaps it sensed me wondering whether they were about to leave us for the summer with nothing more than an ‘ordinary’ episode.

Seems we are to worry about the father-to-be for the next four months. The man who fainted last week, is now risking his life in South America. Oh well, I suppose Delilah can hold off giving birth until September, if that’s what it takes. Or are we to have more team sacrifices?

I didn’t like seeing Mrs Hanna taken hostage last week, but when I worked out where we were heading, there was no avoiding the admiration that they dared, yet again. Although, we are back to my old complaint that it’s the women who go and the men who stay.

And then we had Sam Hanna ‘going rogue,’ which is something we have come to depend on too much. Macho is all very well, but some common sense would be refreshing. DiNozzo was able to hold back when they cornered Trent Kort a year ago. There is more to life than revenge. I’d have liked to see Sam act differently. If they’d let him, there could have been a final episode with feeling instead of what we got.

All in all, LA was better this year than NCIS. The latter offered two good episodes out of 24. The biggest disappointment with LA was the end, plus the fact that so much of the action hinged on individual team members lives. What about the general public, or plain unbiased crooks?

A year ago a fellow LA fan voiced her concern that the show wouldn’t be renewed. That risk looks greater now, because they tied things up fairly neatly. No cliffhangers. Granger is gone and Hetty is feeling her age. And we have two couples in the small team.

As for NCIS, I don’t see how they can survive without Gibbs, but he could do with retiring along with Hetty. The way we left our heroes this week, Gibbs could be killed. But that would be the end of NCIS. I’d rather have left off after episode 23, when we had a ship-based crime, plenty of humour and a happy ending. 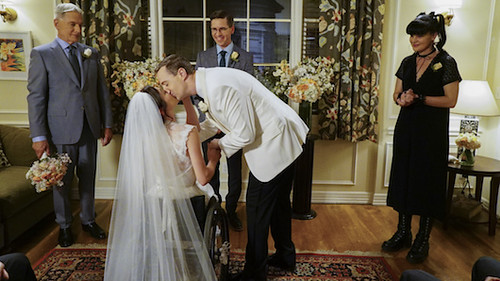