I’ve been known to check my watch in the cinema. That is, if I can manage to see what time it is. I have to admit to having checked it during Hidden Figures too. I wanted to see – I hoped I’d find – that I had lots more film left. Ten minutes. Just ten minutes of a film I could have watched all night.

People are busy saying it’s not fun enough to do well in the Oscars. I suppose it depends on what you look for in a film, and the current climate is perhaps not ideal for black role models or intelligence, or even something as unsexy as the US space programme. 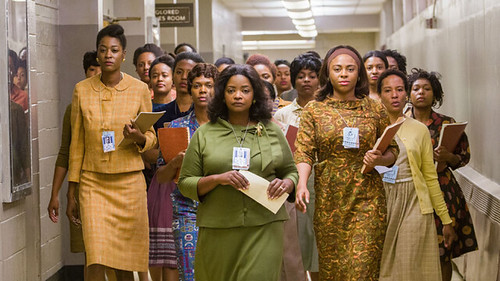 For me it’s the best I’ve seen since From the Earth to the Moon. I could easily watch it again. And that is why I worried we were not even going to get it on our local screen. A few days before the UK release it seemed we’d have to travel to see Hidden Figures, and I realised that perhaps we live in a small town more interested in sex and action movies, the more mindless the better.

But then, there it was. Only a few screenings, and the audience was like us, old and sedate and with few oversized trays of popcorn, multi-coloured sweets and fizzy drinks.

And what a story! What a great title! I didn’t know the three leading actresses from anything, and it was all the better for it. This way I wasn’t seeing a superstar pretending to be a maths genius. After Apollo 13 it seems we need an Ed Harris lookalike working for NASA, and I was happy with Kevin Costner. He could almost carry off being clever. Jim Parsons, however, is far too much Sheldon Cooper to work in this role as genius sidelined by clever black woman. I couldn’t get a grip on what he was meant to be like.

My companions who understand maths a bit better than I do, felt that while dumbed down, the maths was mostly OK. 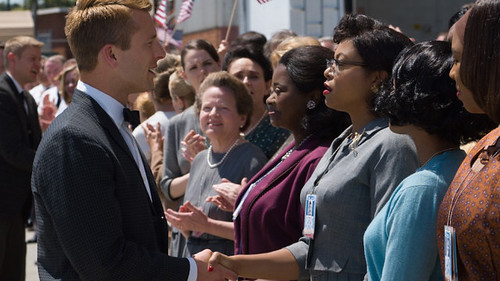 I’d have loved this story if it had been mere fiction. I loved it a lot more for being mostly true, and to see the real three women at the end was marvellous. It was so good to know that they did well and were role models for many who came after them. And fantastic to see the real Katherine Johnson honoured by President Obama, and equally great to learn that she has had a long life with her second husband.

The film leaves me wanting to learn more.