I like Gruyère. In fact, I like most Swiss cheeses. They are generally of the kind we at CultureWitch Towers call ‘big holes’ cheese, as opposed to ‘small holes’ cheese.

I like meringue, too. But I’d never combine the two. Which is why on my first visit to Switzerland this summer, I was left nonplussed by the dessert at the Italian restaurant we went to. Meringue, served with Gruyère cream.

I tried to imagine it. I really did. I suppose if I’d been feeling adventurous I should have ordered it. And I didn’t even put it down to me having problems with the French langauge, although I obviously do, never having learned it.

On my third visit the penny dropped. It wasn’t a cheesy meringue dessert at all. It was meringue with cream. Cream from Gruyère. As a place name, not a description of cheese. Although the cheese clearly gets made from Gruyère cows’ milk.

When I return this time I really must try the Gruyère meringue.

Well… the NCIS Thanksgiving episode. It was a bit Saving Private Ryan, wasn’t it? It didn’t take me long to work out how it would end. I pointed out to the Resident IT Consultant that ‘this can only end well.’ I didn’t say, but thought, that with his English accent, the landlord should not expect things to be fine, at all. How very predictable.

Although, I do realise that we need the feelgood factor at this time of year.

Had wondered if Bishop was going to go for a real break, but it seems she simply needed to storm off, meaning we got to see her Oklahoma background. And were those potatoes she and Gibbs were peeling at the end? I was a bit concerned, as it appeared they were about to start the meal. Those potatoes should have got themselves peeled a lot sooner. 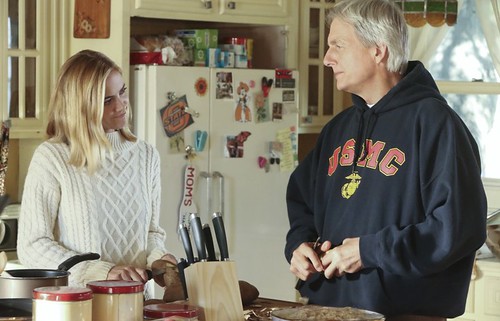 While on culinary matters, I hope Palmer’s triple bird isn’t a common thing for people to eat, and worse, cook? It truly belonged in autopsy.

Did I miss something about DiNozzo’s love life? Why did he have to pal up with Fornell for cremated turkey?

And to think it was only a year ago that we finally met Jake, with Bishop being heroic and the airport security woman bemoaning her delayed cranberries. There must be more to this Jake issue. We’ve been made to like him too much.

Like Pauley Perrette herself, I am grateful she was not seriously hurt, or worse, in the attack on her in Hollywood yesterday.

It’s easy to feel that stars lead charmed lives, but we all have to go out, and are all at some risk of bad things happening. For her to have been attacked so near her home will make it harder for her in future. She has to go out, but I can see it might make her think twice. It’s a vicious circle.

As for her attacker, who seems to be homeless and mentally ill, it is particularly ironic that he went for someone like Pauley who is actively working to make things better for people in his situation.

And I’m relieved it didn’t happen while Daughter was still in Hollywood, as she was only a week ago.