Eurovision was strange this year. It was quite clear from the start that three songs were the absolute favourites, and they remained the top three throughout, and I happened to agree that they were the best ones. I don’t think that’s ever happened before.

Was it just me, or did the Russian girl cheer up and calm down when she knew she wasn’t winning? She looked worse than anyone I’ve seen; ready to fall apart at the mere thought of things going well.

The Italian boys were both cute and had a good song. And the less said about some of the other countries the better. It was mostly mainstream Eurovision stuff, but those who stood out really stood out. 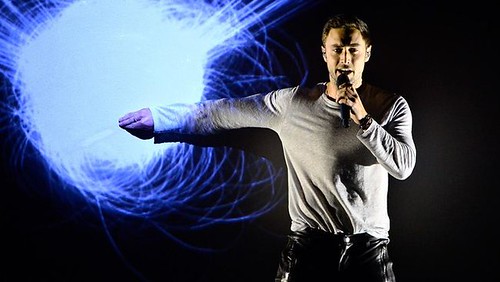 I hope Sweden can afford to host another contest so soon again. Usually we hope that Sweden will win – for obvious reasons – but this year it was more than a little weird. Daughter’s favourite, Måns Zelmerlöw, didn’t just sing for Sweden, but he won. I don’t believe that’s ever happened to me. I’ve liked singers, and I’ve liked songs. But not like this.

Thought I’d fall asleep around song no. 13 but got up and walked about a little and consumed caffeine to wake me up. I was puzzled by all the warnings that there would be fishing images, but eventually there really was some fishing. So it all was good.