Sahib? Seriously? I suppose the scriptwriters for this week’s NCIS: Los Angeles wanted to appear to be genuine. I just wonder whether having their returning Gurkha character address white people as sahib was the best way to do it.

But, he was very charming, and they were right to have him return. (Interestingly IMdB has not listed the actor. They have one of the other Gurkhas instead. One Gurkha is much the same as the next one…) 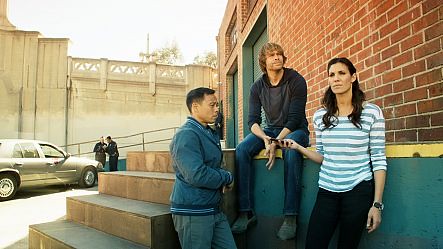 Did we really want to see Kensi and Deeks in bed? Perhaps it’s the beginning of the end.

Now, I liked this episode, much as I have liked nearly all LA episodes this season. But when you stop and think, there were an awful lot of deaths (perfectly all right, it seems) ‘in return for’ having Sam Hanna survive. LA tends to be very bloody. Maybe this week was no worse than average. Could be I just started to count the bodies.

It’s been a busy week. As Bookwitch I’ve travelled to Edinburgh three days running. Were it not for that, I’d have attempted to get myself invited to the Grandmother’s neighbour’s flat last Thursday.

This 98-year-old gentleman was about to be visited by the Russian Ambassador, and he had asked the Grandmother to be present. I believe there was some medal that was to be handed over to the neighbour, and at first I thought it unlikely that the real Ambassador would make a house call like that.

But then I remembered that when I was about 16, the then Soviet Ambassador called in at my school. That seemed quite natural at the time, so why not now, if an elderly man was to be honoured?

And only hours before this medal presentation, I managed to squeeze in the week’s NCIS, before dropping off with exhaustion. OK, so they shouldn’t say bad or fictional things about a real Russian Ambassador, which I assume is why they have someone slightly more junior as a recurring sometimes bad and sometimes good character.

But I think of him as the Ambassador, and I’m sure he was referred to as such in one of this season’s episodes. I might have to watch again, just to check. (I’ve been trying to, actually. Just seem to run out of time, which is why I am barely halfway through my private repeats.)

NCIS – We Build, We Fight

This was one strong episode from a strong season of NCISs. Directed by Rocky Carroll, no less. Apparently the man is difficult to work with, or so he thought. 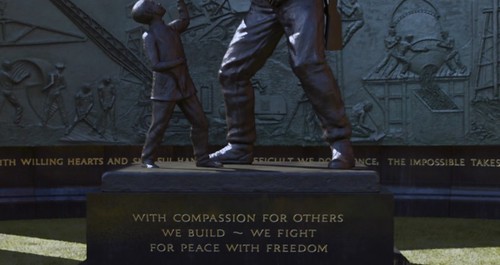 Interesting plot about a gay marine, which I believe the cast felt strongly about. And it shows. Plenty of homophobic characters as you’d expect, and very nicely dealt with. After the teary end to the story about our dead hero, I felt we were due something to cheer us up, and I was right. 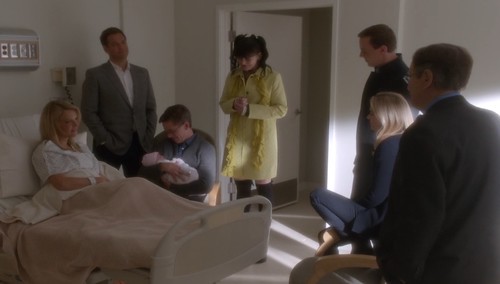 It was a baby we needed. Palmer and Mrs Palmer (give the woman a cheese burger!) finally have a little baby Palmer. Even Gibbs smiled.

They had better not kill Hollis Mann off! Lovely to see her back. Not so lovely when you think about Gibbs and his reaction to her presence. Ducky would appear to be on the right track. 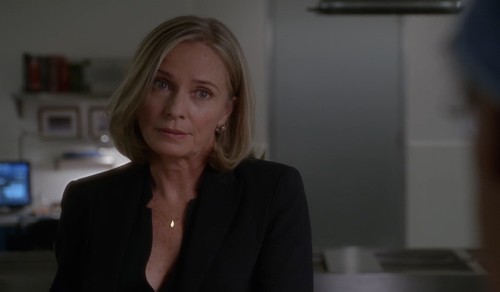 (This is the only kind of visit to autopsy that I will tolerate from Hollis Mann.)