It was good to see they were willing to give us a Halloween episode, even though strictly speaking it was a few days short of the right date. And then I worried in case they were about to give us yet more cute children for Halloween, including a murder mirroring Gibbs’s own life.

Thankfully they went the complete opposite way. Nothing beats a good sociopath, especially this time of year. 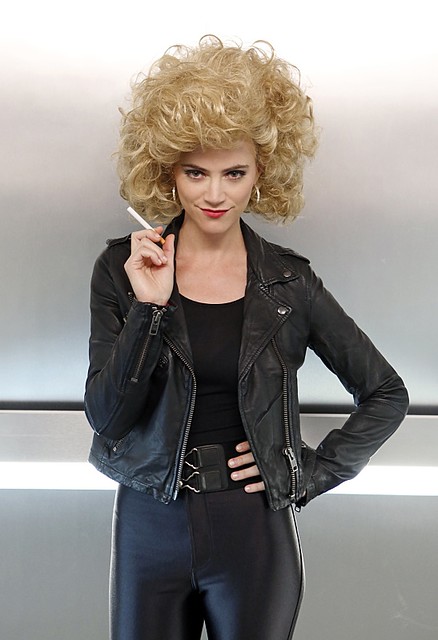 And luckily for McGee, he wasn’t alone in the wearing of lycra. Bishop is full of surprises.

I had some tea, I say, if asked whether I’ve eaten, or want something now. But what did I actually have?

For me the tea will have been either a cup/pot of tea only. Or maybe with toast or cake or similar. I.e. I’ve had something, but not a full meal. Means I’m not desperate, but will have some interest in more food later, please.

Years of interaction with ordinary residents in England have taught me that when they report having had tea, they mean the cooked meal at the end of the day. Dinner, to me. They don’t mean just a cup of tea, nor do they mean Afternoon Tea. Or High Tea, or Five O’Clock Tea, as we foreigners have fondly come to think of what the English eat. In fact, often their meal does not actually involve tea, the beverage, at all.

I’ve come to the conclusion that the famous five o’clock tea might not exist. I’m not sure. But it feels like a term that got misunderstood by outsiders and romanticised and spread by those who don’t eat, or drink, five o’clock tea.

When I shout the single word ‘tea’ to the Resident IT Consultant, he knows to expect a pot of it, usually served with a slice of bread or toast with butter and jam. It’s the mid-afternoon snack that tides us over until dinner, i.e. other people’s tea.

And when you ask me if I’ve had anything to eat, I daren’t say afternoon tea, because that sounds way too grand.

I like inviting people to Afternoon Tea, because it’s simple. Just tea (or coffee) with something bready and something more cakey, which can be eaten almost anywhere; kitchen, living room or garden. But I rarely do, because of the misunderstanding bit. They might expect something far grander than I have in mind, or the full meal, or simply a cup.

Far easier to suggest they pop in for a coffee mid-morning. Even though I don’t actually drink coffee, and possibly they don’t either. There can be a biscuit with it. Or not. And no one will mistake it for dinner.

Posted in Eating out

Some season 12 thoughts on NCIS

I’m stunned. Episode one was fine. The second was really good, and whereas I prayed for more excellent instalments, I didn’t really believe in the likelihood of that coming true.

But this has been one hell of a season start. Along with NCIS: Los Angeles, which has given us four terrific episodes, I’m beginning to wonder what has got into those screenwriters. This is what you should be doing every time. Always. Keep this up and there will be no need to pension NCIS off any time soon. (Mind you, New Orleans could use some effort. I’ve still to watch the 3rd, 4th and 5th.)

It’s not even as if we have gone back a few years to, say, season eight. We’re almost right back at the very beginning, when things were truly good. When NCIS had something to prove. Becoming the leading show is a bad thing. Not only do fans have to share with others who don’t love in the same way, but complacency sets in, no matter what they say or think.

I was all set to expect this to be the last year. Maybe it will be. But in that case it can bow out with its head high. (Yeah, I know heads are low when you bow, but you know what I mean.) In fact, I wasn’t sure I wanted it to go on. Now I do. The older Gibbs is almost back to being the old Gibbs. The new Gibbs was just wrong. 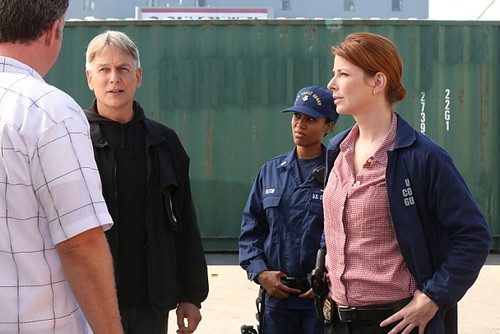 This week’s episode was set on a ship, for goodness’ sake! That doesn’t happen every day. And Abby Borin is always good. We want more of her, and don’t you even dare think of sending her the way Paula Cassidy went!

Wow. This episode had almost everything you’d want. At first glance we’ve seen the set-up before, but they worked it differently. I mean, any script that has DiNozzo being rude to the President of the United States – however unintentionally – makes for a pretty good start.

Both Daughter and I thought the bad guy would be someone else. We’re not saying we were wrong. He might come back and be bad another time, in which case we’ll be ready for him.

DiNozzo and Delilah was quite something, although I have difficulty imagining Delilah and McGee getting up to you know what. Then we had Director Vance and another sub-plot. And was that a new mailman? He needs to be more careful.

This was good. Keep it up, please.